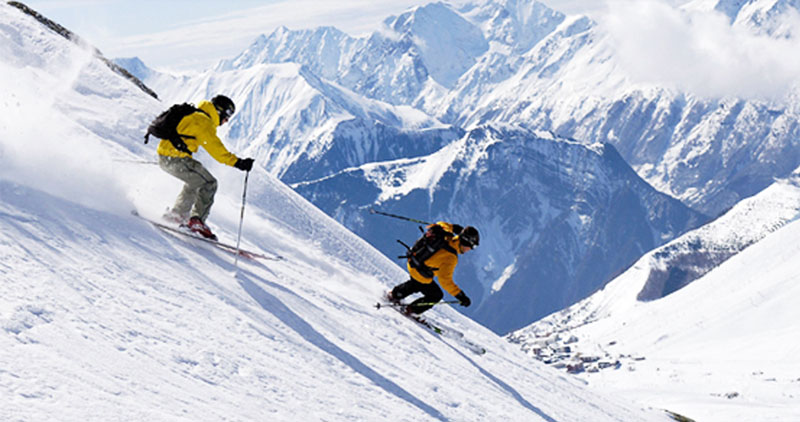 Kashmir is called the Earth’s Paradise, but everyone knows this, but do you know that there is a mini Swiss in India very close to Delhi. This mini Switzerland of India is so beautiful that not tired of looking at the eyes here to the foreigners. Unfortunately, those who do not know about this may feel a little bit overwhelmed by the fact that there is such a mini Switzerland in India; So tell such people that Auli, located in Chamoli of Uttarakhand, India is one of the most beautiful places of India. Seeing the laws and mountains here, you will feel that you are really traveling to Switzerland. Every year, there is no shortage of crowds coming to witness this rare gift of nature, but it keeps on growing. Tourists from all over the world come here to enjoy skiing on ice.

Auli is not only in the winter season but also the tourists visiting here for twelve months. From the sunrise to the sunny hills on the snow covered with white sheet, it is worth seeing here. Auli looks beautiful at all times in a different color.

The snow-trapped place in Chamoli is also called heaven of Uttarakhand. The whole world knows it as one of the best ski resorts. For those who wish to feel close to the beauty of nature, Auli is not less than a boon of nature.

Auli located in Uttarakhand is the only place, which has been authorized by the FIS for the skiing race. In fact, according to the FIS standards, slopes in the centers, alternate arrangements for snow making, good arrangements for the exclusion of foreign players etc. The situation is seen. Auli meets all these standards. There is a 1300 meter ski track for skiing, which caters to the Federation of International Skiing standards.

Gulmarg ropeway is considered to be the longest in Asia, followed by Auli-Joshimath Ropeway number. The foundation stone of this ropeway, about 4.15 km long, was laid in 1982 by then Prime Minister Indira Gandhi and it was completed in 1994.

A mountain in front of Auli takes the shape of the maiden lying on top of the snow covered with snow. To watch this scene and to capture in cameras, there is a competition. This is known only as Sleeping Beauty.

The highest artificial lake in the world is located in the Auli. The lake with a capacity of 25 thousand kilometers was built in 2010. If there is no snowfall, artificial ice is made in Auli by taking water from this lake. Machines manufactured in France for this have been installed.